It had changed. Hometowns can’t be what they were to you when you were younger. During the day you see its new light, new face. It’s there in front of you; it’s moved on and you’re moving with it. But at night, the past is somewhat easier to recall. You can fill in the gaps and spaces left in the dark.

A little side project: Shooting the town at night. Wait for the right weather, a clear sky and ideally no moon then set your clock to after midnight. The street lamps outside the centre of town switch off at night. With the street lights goes a large percentage of the ambient light, and that’s when you see the stars. Find The Plough (Big Dipper over the pond) and follow the line of stars to the Pole Star – holding steady, pointing north. The night sky in the northern hemisphere rotates around this point.

Using a Sony A7s helps, with its incredible low light sensitivity you can shoot in almost pitch blackness and still pull out details from walls, rooftops and trees. Great sensitivity (ISO performance) helps keep the exposure time under 10-15 secs, anything more and stars will shift slightly and you’ll lose the pinhole-like bursts of distant light.

Everyday locations take on a landmark quality at night, reaching out in height into the vacant sky. Church towers like the sandstone of All Saints appear to physically point to the stars. To take the shot you’ve just got to be the dark shadow in the graveyard, perched over the tripod as still as a headstone staring intently at three inches of LCD on the back of the camera. This comes with its own peculiar set of issues: Trying not to knock it whilst equally avoiding scaring a dog walker or late night reveller with your motionless, backlit presence.

To those people I extend my sincere apologies.

Please view the pictures below and the gallery page Hertford Night 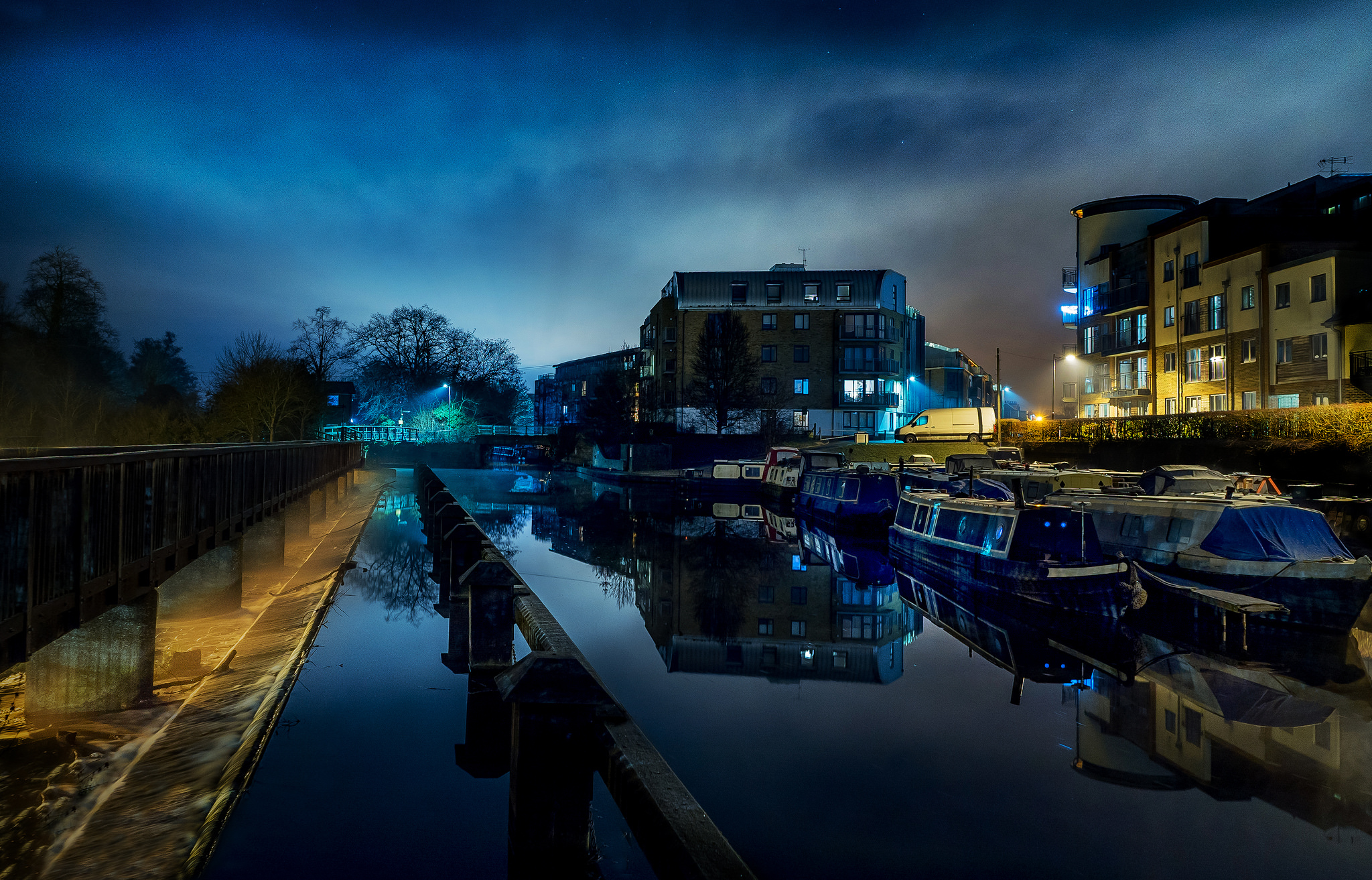 The Hertford Basin in Winter. 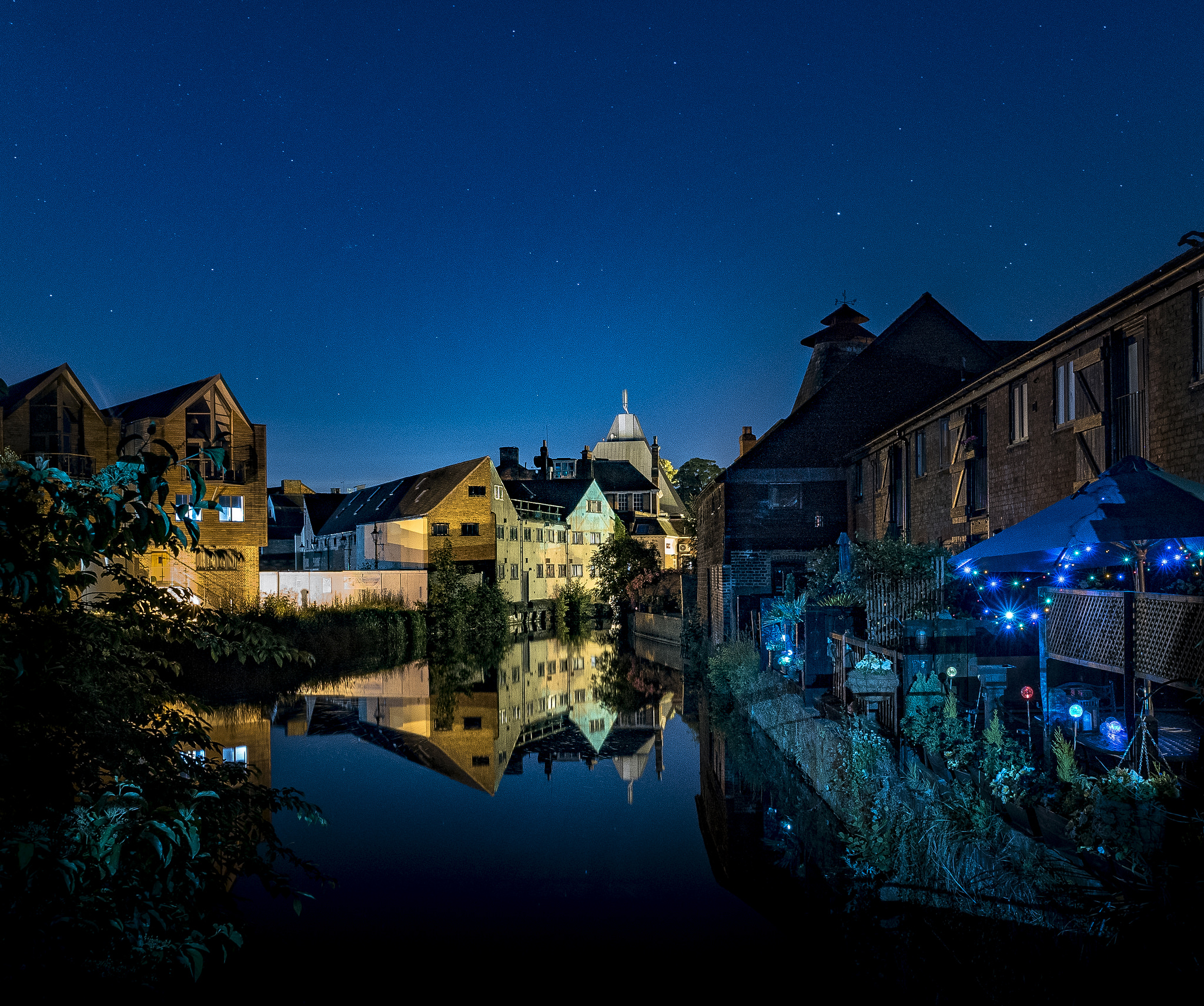 Late night from The Folly. 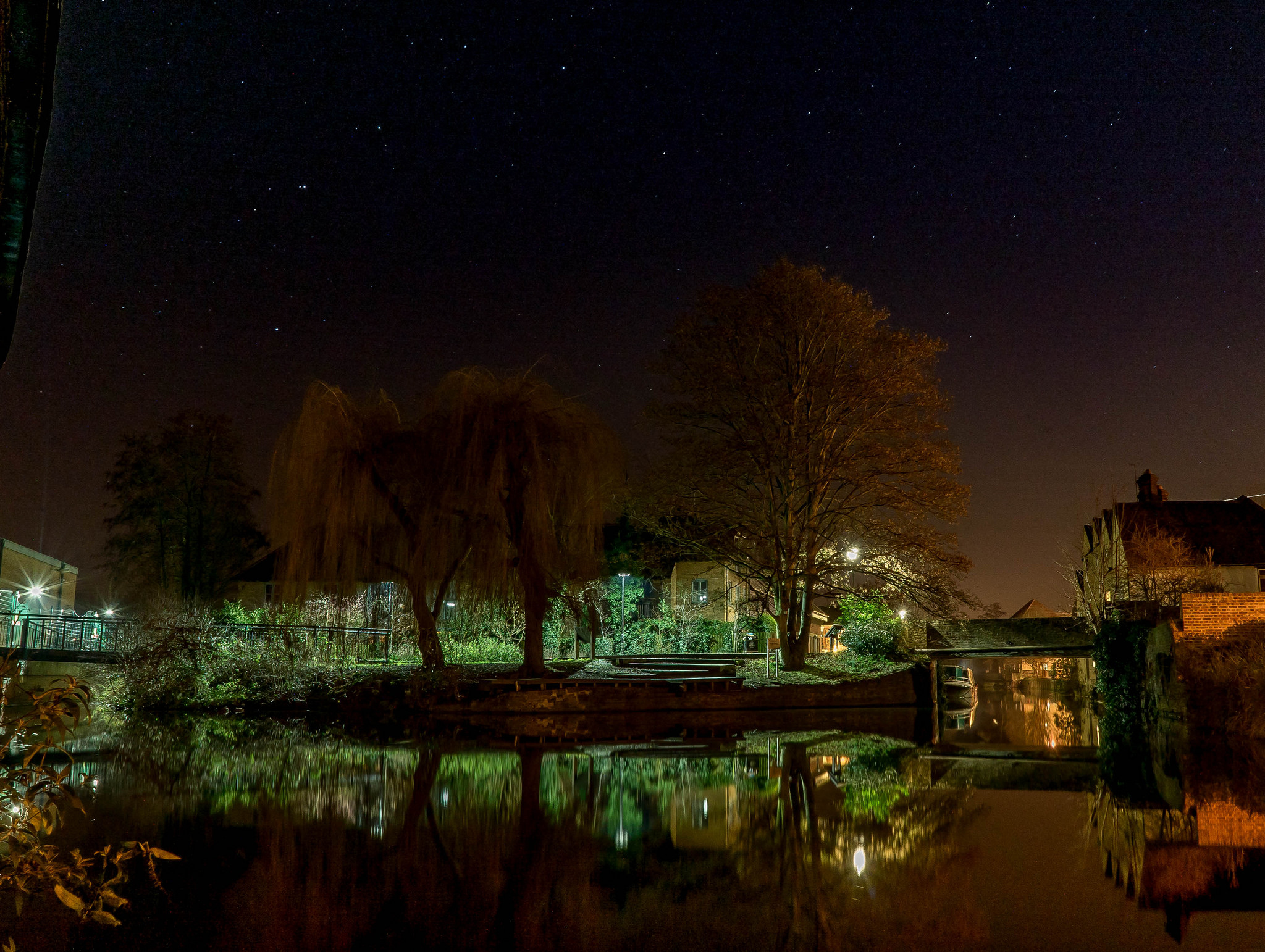 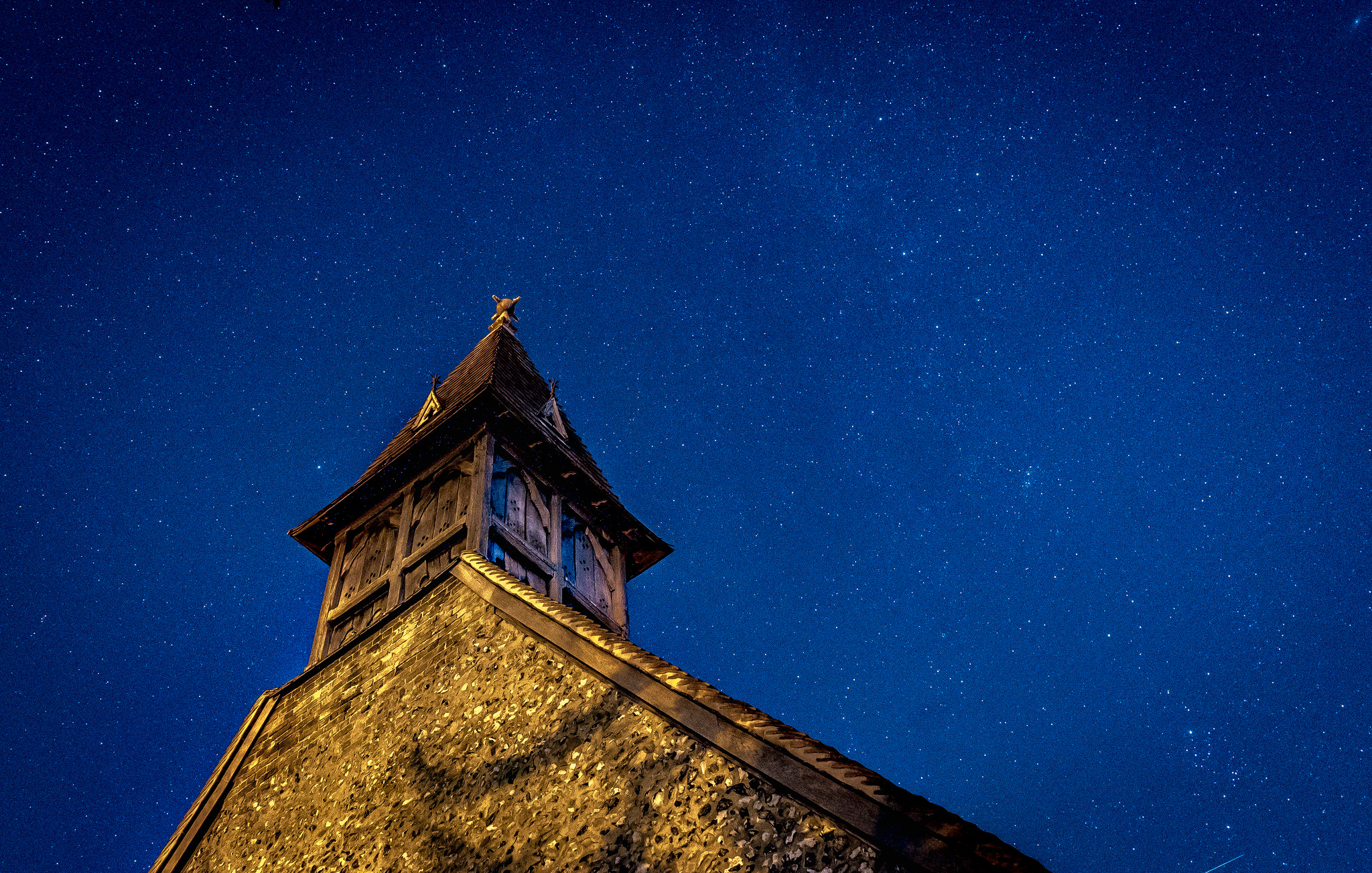 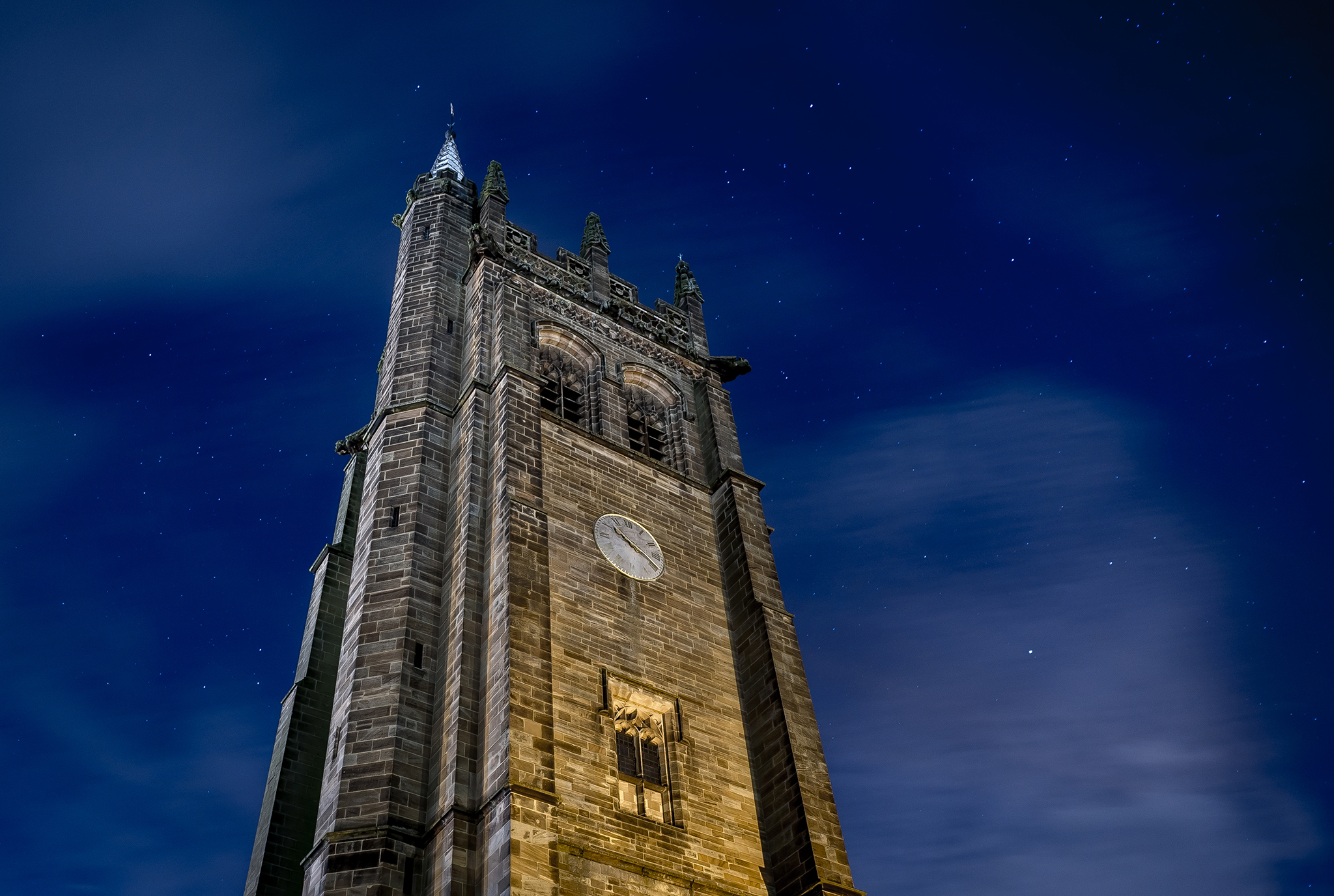 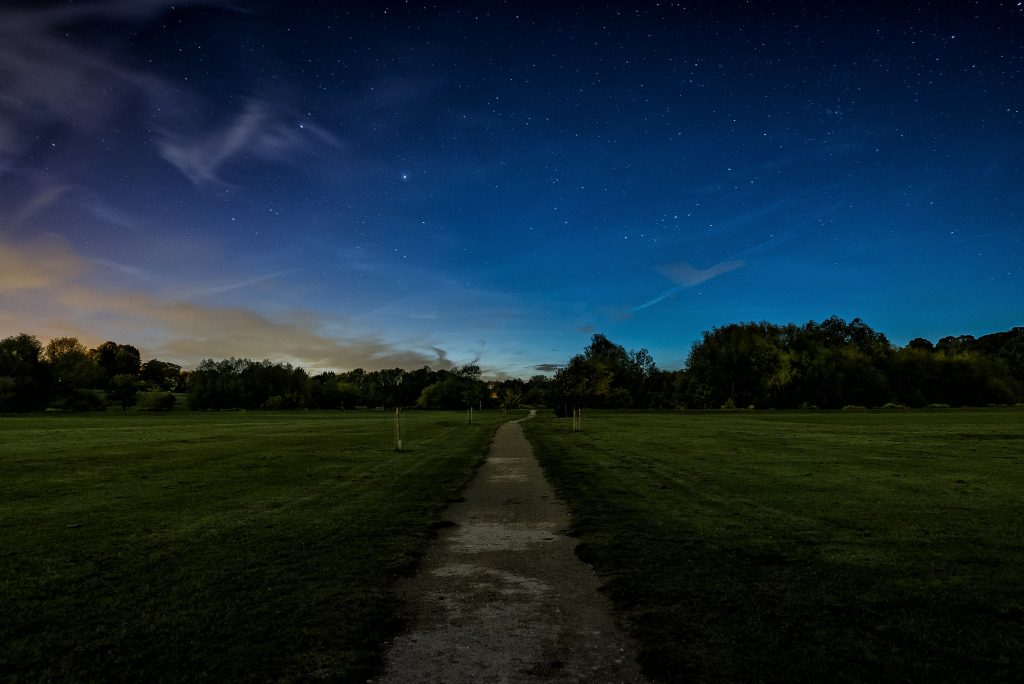 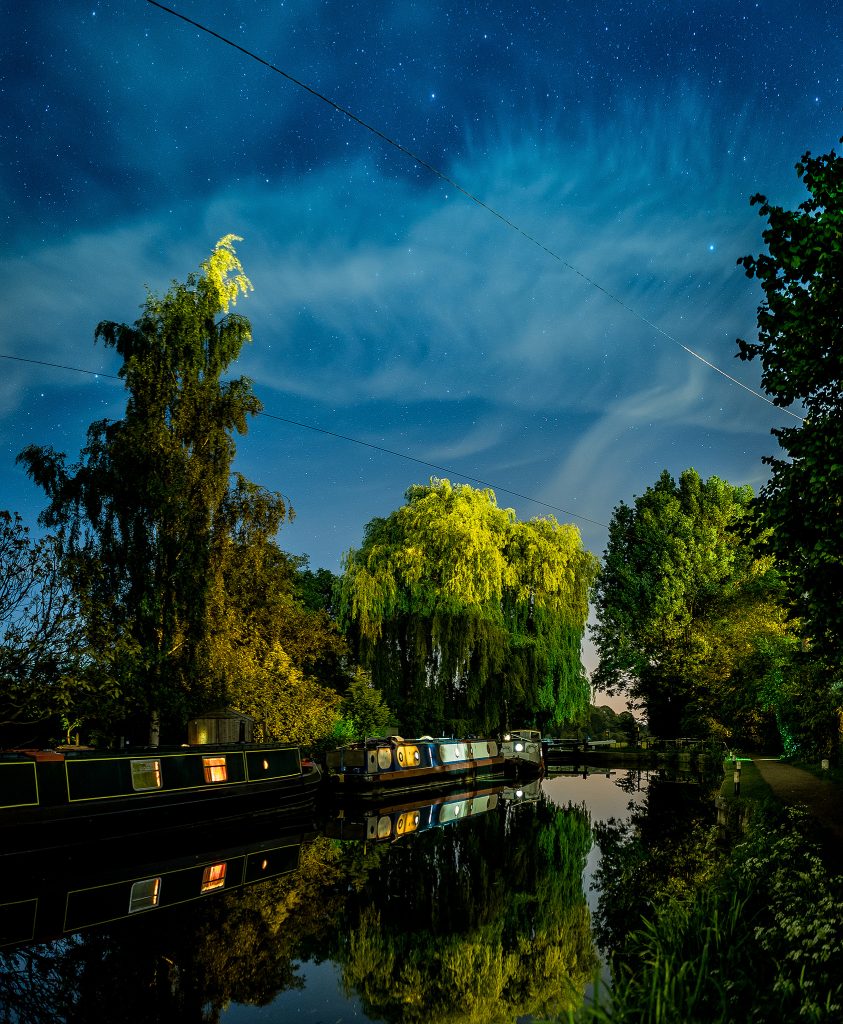 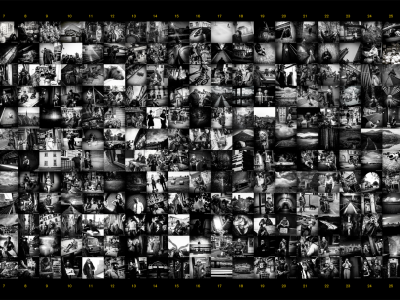